Learning to have fun, *hard* 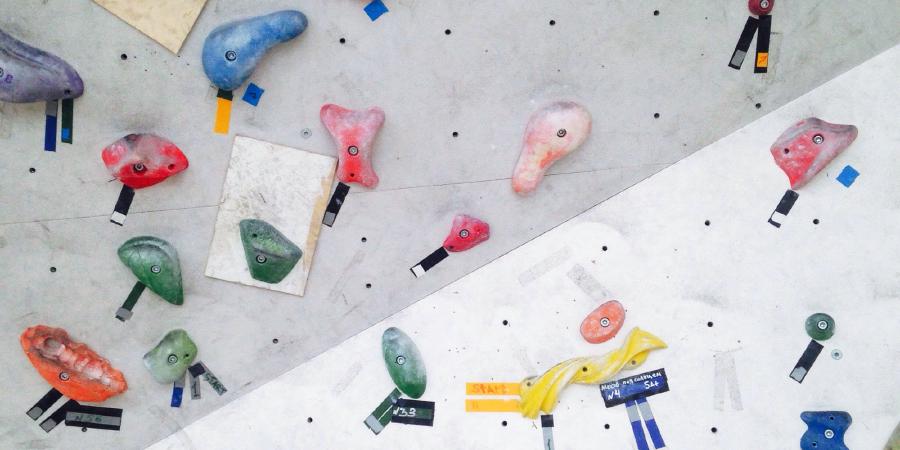 I don’t know how to have fun.

You probably don’t either, but let’s start with me.

When I say that I don’t know how to have fun, I don’t mean I have no idea what to do. I mean that what I actually do is not optimal.

What does “optimal” mean?

When we buy things, we like to be driven by value for money. We demand the best our money can buy. If I need a smartphone and my budget is $500–600, I will look for the best smartphone in that range.

Similarly, we could define fun per time.

In an ideal life, I’d demand the most fun my time can buy. If I have 2 free hours, I’d like to spend them doing what provides the highest enjoyment.

This doesn’t happen in real life.

For years I wasted boatloads of hours on social media. It was only one of the many ways to spend my time, but it was the one sucking most of it. However, social media don’t provide authentic recreation. You open the app, scroll the feed, watch the stories, post a tweet.

Are you having fun? Are you happy? Are you enjoying yourself?

Sure, time passes. But far from optimally.

What’s the reason for this behavior?

As a good overthinker, I developed a theory to frame the situation.

Let’s start with an example nobody will have trouble sympathizing with: the relationship with to-dos.

Let’s imagine my priority for this week is to write an article. I consciously know that working on it is the activity with the highest importance per time.

Too bad I then go on to do everything but that. Checking emails, adjusting the blog’s theme, updating my Notion templates, checking my newsletter stats. Things that could also be relevant, but not as much as writing the bloody article.

Why do not only I but all of us behave this way?

Because, by nature, we run away from efforts. Writing the article may be the best way to invest my time, but it appears challenging, so I will tend to procrastinate.

Now, after uniting our souls in shared to-do list pain, let’s connect the dots to go back to the “having fun” topic space, where something similar happens.

Not all recreational activities require the same effort. Scrolling Twitter appears to require much less effort than starting a 2 hours movie, so I’ll tend to avoid the movie and open Twitter instead… just to go on to waste more than 2 hours on Twitter.

And this problematic behavior worsens over time. When you repeat the same choice over and over, it transforms into a habit. Resorting to social media becomes the default. You stop asking yourself if it’d be worth doing something else.

All of this — reaction to the effort, habit, default — happens independently of the enjoyment the activity provides. I know I have more fun playing video games than on social media, but I’ve still spent much more time on social media in recent years.

After thinking about it, I realized I can define a personal scale of pastimes, sorted by effort.

I find it much easier to start an Adventure Time episode than start playing Final Fantasy IX.

However, the crucial point is not having an accurate ranking but being aware that the situation makes no sense.

On top of that, there is also a “guilt” factor guiding this behavior.

Playing video games appears a higher commitment, so I feel more guilty for “wasting time” in front of the console. Especially if that day I wasn’t as productive as I hoped to be.

However, in the end, time passes anyway, even for distractions that appear quicker. It would’ve been better to put my mind at ease, give myself permission to relax, and “commit” to enjoy myself.

All this rambling is partly self-psychoanalysis but partly relevant to you too.

Some days ago, in a Telegram group with my friends, one said he was relieved of my escape from the dark vortex of Twitch.

The “social media” topic has been hot lately in this circle, so we couldn’t fail to start a discussion.

I summarized my theory in a couple of messages:

My issue is that these pastimes become so easy and theoretically “low commitment” that they become the default.
Like, I didn’t watch TV series because it appeared “high” commitment, but I watched Twitch for hours.

The relevant part of this story is that when I mentioned my “commitment issue,” one of my friends realized he experienced the same phenomenon.

Nothing we do or think is unique, but we forget from time to time. Processes of this kind happen every day inside billions of people’s brains. Everyone will have their own pastimes scale and will get a different level of enjoyment from them. But we will all have the same natural tendency to go towards commitment that seems lower.

We need to learn to have fun, hard.

No idea, my friend. But I can tell you what I did and what I want to do.

As with many other things, becoming aware was the first step and the most important one. When you know that this instinct exists, you can notice when it arises and decide how to act rather than being passively subject to it.

It seems easy in theory, but it wasn’t in practice.

Even though I was aware of the situation, I continued throwing away a big chunk of free time on social media as long as they were readily available. I postponed, again and again, some TV series I wanted to watch even though I was spending hours on Twitch every night.

In this case, the solution was a complete ban. Apart from realizing that none of these platforms was essential and that the world wouldn’t implode because of my absence, I gained mountains of time to spend in better pastimes.

An approach this drastic is not always necessary, but it’s effective to break an addiction. If going on social media is the default, controlling myself will be easier if I cut them out completely.

I haven’t done much other than this, but I intend to.

I noticed that the void social media left was filled by the next pastime in the list: TV series. It makes sense. You cut the lowest friction activity and fall into the next one.

To be honest, I can’t complain too much given that, as I said, there are some series I wanted to catch up with. But the situation is still far from ideal. What is going to happen when I finish watching them? Am I going to watch more at random by inertia? It’d be the same exact issue.

I’d like to devote more time to video games. It’s paradoxical because I see sales, I feel the desire to buy, and I have to hold myself. But then I don’t play. I have a ton to complete. I have started and dropped that damn Final Fantasy IX 9001 times in my life, and I want to finish it once for all.

Even though this desire is genuine and conscious, instinct rules day-to-day life. And, as we now know, I can’t trust it. So I have to make my entertainment intentional.

There are at least three strategies I think could help:

Setting the default means answering the question: What activity do I want to do when I have no alternatives?

It helps to replace, with a conscious decision, what would otherwise be instinctive, that is, the lowest effort activity.

My advice is to choose something not too difficult, to avoid creating barriers to entry. If I choose “playing basketball” as default, it won’t be easy to use it as a substitute for a “quick” tour on social media.

Better awareness is the first goal this post hopes to achieve. You know how it works → you can notice when it happens.

You can train awareness with practice. The more you notice your behavior, the more aware you become, the easier it becomes to notice.

If I find I’m watching Netflix just to “pass the time,” I can stop and ask myself if that is the best way to invest the brief moments of relaxation I have. At that point, I can go for more satisfying entertainment (or use my default).

As I experienced firsthand, awareness alone is not enough. It’s for this reason that it is worth acting on habits by creating routines.

Creating routines involves a small dose of love for your future self and means planning, in broad terms, what you’re going to do in specific moments of your day or week.

Having routines frees you from the burden of choosing what to do and automates your behavior.

Next, I could decide that, after finishing the TV series I wanted to watch, my free time in the evening will be dedicated to video games. As soon as I finish Adventure Time, I go back to playing Final Fantasy IX.

You know what? It seems like a good plan.

As it’s clear, this is an ongoing process for me. I just know that the theory has some basis, and these strategies might help.

In the meantime, at the end of this post and after more than 1600 words, I’m left wondering if it’s normal that I managed to overthink how to have fun.