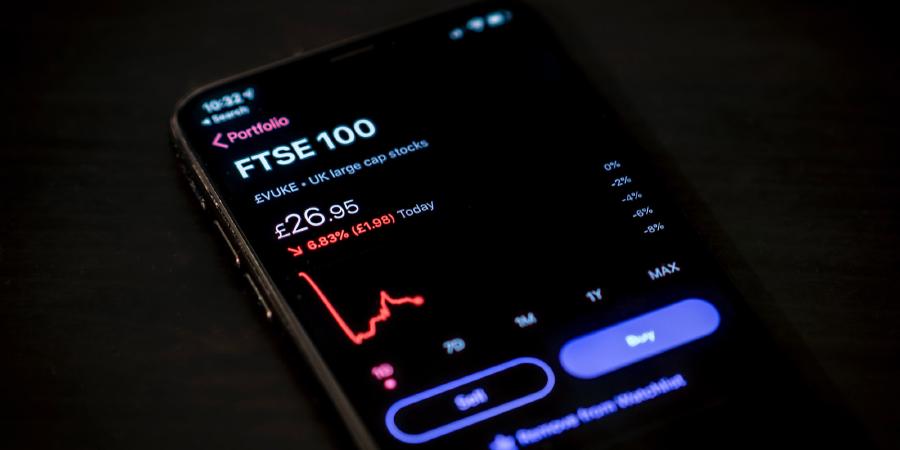 This may sound odd if you think investing is complex. Maybe you are bombarded with “investment companies” spam (I know I am), and you developed a repulsion. Or maybe you believe you’d need to become an expert and waste your days looking at charts.

I follow an extra-simple rule that I stole from the magical Warren Buffett.

If you don’t want to devote your time to finance, his advice is to invest in a passive fund mirroring the S&P 500 index.

Calm down, my friend. It’s easier than it seems.

I’m sure you happened to stumble upon strange names like “Dow Jones Industrial Average” or “S&P 500”. They are usually called into question in the news when talking about movements of the stock market.

An index is a way to follow the trend of a market.

A more agile option is to check if there’s an index I can use.

An index is like a basket. More specifically, it’s a formula that defines what the basket contains. Think of it as a recipe: it tells you what belongs to the basket and in which proportion.

The total value of the basket is a number that summarizes the market it refers to.

Let’s invent an index for the banana market. We call it BNaNa, and its composition is:

The value of the index will be the result of this formula.

I don’t need to do any manual analysis to understand how the banana market is doing. I just need to look at the trend chart for the index.

There are indices for all kinds of markets: energy, banking, food, European, Chinese, etcetera, etcetera.

The S&P 500 is the one Buffett mentions. So he is suggesting we invest in it.

The problem is that you can’t invest directly in an index. As we saw, an index is a formula that spits out a number. It’s not an entity you can buy.

This is where passive funds come into play.

A fund is a collective investment system in which the money of multiple investors is used to buy assets like stocks, bonds, currencies, commodities, etc.

A fund is passive when it just mirrors the composition of an index. So the decision on what to buy and sell is not made by people.

A passive fund that mirrors the S&P 500 will buy and sell stocks to get to the same composition as the S&P 500.

Nothing mystical; it’s just a copy.

We are now ready to understand Buffett’s advice. Investing in an index fund mirroring the S&P 500 means betting the average of the US market will follow a positive trend.

But wait, this also means that I would get average returns. Why settle for that? It doesn’t seem very smart.

Why not investing in an active fund managed by competent human beings that work to beat the average?

To answer these questions, let’s bring up Buffett again.

A one million dollar bet

To be fair, one million dollars is not that much for one of the richest men in the world. But Mr. Warren doesn’t care about the money. He wants to prove a point. He wants to prove it’s not a good idea to put your money into an active fund.

In fact, the bet (more or less) says:

Protégé Partners, a company specialized in investing in funds, accepts the challenge.

I’m sure any sane person would look at this bet and say it’s completely crazy and unbalanced.

On one side, you have a dumb fund that follows the market average.

On the other side, you have a basket of active funds chosen by a company that does that as a job. Funds managed by real people who analyze and study the market to understand where to invest. People paid precisely to beat the average.

What would be the point of paying the high fees of an active fund if it yielded average or lower than average returns?

Yet this was Buffett’s bet.

In the 10 years of the bet, the fund Buffett chose averaged 7.1% per annum. The basket Protégé made averaged 2.2%.

Sorry, what? How is it possible that actively managed funds do worse than the market average?

Let’s analyze, as an example, the influence of a 2% annual commission on a $10,000 investment.

And due to compound interest, the situation becomes more tragic the more time passes. After another 10 years with the same returns, we would have reached ~$115,000 on the one hand and ~$80,000 on the other.

Unless the active fund does way better than average, it will never yield better returns than a passive fund which has tiny commissions in comparison.

What I do and alternatives

As I mentioned at the beginning, I follow Buffett’s advice to the letter. I buy a low-cost ETF that mirrors the S&P 500.

ETF stands for Exchange-Traded Fund, and it means a fund whose shares are traded on the market as if they were regular shares of companies. This is in contrast to traditional funds that you join by entrusting your money directly to the fund.

So every month, I open my bank’s website and buy some shares of the ETF I chose. I’ve been doing this for quite some time, and the only “regret” I have is not having started earlier.

My thought process was that it was worth waiting for a recession so that I could buy low. The market was, and is, on a crazy rise.

There was a drop because of COVID, but the situation stabilized after a few months. Who knows when the next recession will arrive.

Anyway, this is what I do, but you have many alternatives.

If you want to buy ETFs, there are many to choose from, like the MSCI World we mentioned above, which is even more diversified than the S&P 500.

Or you can turn to companies that provide Robo-advising (aka Robo-investing) services. It means that the advice comes not from human beings but from software. You set your goals, and the software generates a suitable portfolio.

Robo-advising is somewhere between active and passive funds. The fees are lower than in an active fund and higher than in a passive one. Human intervention is limited, but there are still costs to pay.

I don’t have firsthand experience with Robo-investing because it’s not very convenient where I live (Italy & Spain). But it’s ideal for those who want to avoid active funds but, at the same time, don’t want to manage their investments directly.

Another option is to turn to an independent financial advisor.

Don’t use the advising services your bank provides because they are affected by a conflict of interest. Those advisors are paid to suggest investments that are profitable for the bank, not necessarily for you.

Instead, you pay your independent advisor, so they have every interest in giving you the best advice for your situation.

Well, assuming you choose a competent one.

If you haven’t yet, you should start investing. In this post, I explained my dead-simple strategy: applying Buffett’s advice.

It wasn’t that hard, after all.